You can tell a lot about a person by the way they peel an orange.

I was recently savouring a 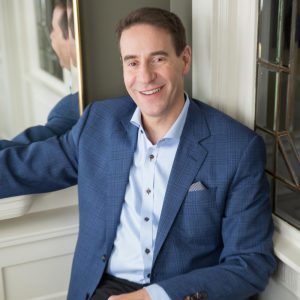 well-earned café mocha in a ski chalet in Jackson Hole, Wyoming, watching a grizzled old skier eat an orange. He was wrinkled, weather-beaten, and he looked wiley enough to easily wrestle a bear.  After removing his helmet, ski jacket and mittens, He opened a beautiful wood handled pocket knife, produced a ripe orange from a pocket of his jacket, and set to work.

I know it sounds crazy, but since I was a child I have believed that I can tell a great deal about someone by the way they peel and eat an orange. And I know it sounds even crazier, but there is a relationship between my obsession with oranges and my career in plastic surgery.

As many well-entrenched ideas do, this all started with my father.

When a person eats an orange, do they remove the peel by casually ripping it open with their teeth? Is there a haphazard pile of orange peel scattered on the table and the floor seconds later? Do they drip all down their shirt and then wipe the juice with their sleeve? Or do they eat an orange like my father did?

My dad was a great lover of fruit, and nothing pleased him more than a juicy orange. When he ate one, he left nothing to chance.

Before making the first cut, he considered the actual orange carefully, taking into account the size, the shape, the symmetry, the thickness and quality and texture of the peel, and of course, the desired outcome. Was the point to partially or completely peel the orange? Was the entire orange to be consumed at once, or would a portion be saved to eat at a later time? Was it to be divided into segments with the peel still attached? Was he going to eat the orange himself, or share it with the family? Was a napkin, a paper towel or the sink easily accessible should there be drips?

The crown peel was then carefully removed. The scored segments of peel gently separated from the underlying flesh, and the pith then carefully assessed, since my father understood that a fair amount of the nutritional value of the orange lay in that sometimes thick, often bitter layer. Was it thin enough to keep and consume?  Was it too thick, making the anticipated bitterness too much to swallow? Was it amenable to removal with fingers, or was the knife needed? If it was of a thickness he could manage, what about those with whom he was sharing the fruit? Would my brother and I eat it, or turn our noses up?

Only after the completion of all of these steps, both the conscious ones and the subconscious ones, would the fruit finally be consumed and savoured. Then, the knife would be washed and placed carefully back in the knife block ready to be used next time.

Needless to say, I eat my oranges the exact same way as my dad did.

But strange as it may sound, the principles he brought to bear on the simple task of eating an orange play a role in my surgical practice.

I choose my surgical patients and operate on them much the same way my dad ate an orange. Careful preoperative patient selection determines, in large part, the success of the postoperative outcome. What is the quality of the patient from a medical point of view?  What are their expectations? What is the quality of the skin? The fat? The muscle? What parts of the patients presentation will be subject to my control, and which parts must remain under the control of mother nature?

Then my thoughts turn to the desired surgical outcome. What is the patient really looking for?  What did they say to me out loud, and what did they say with their eyes, their body language and their anxious nervous laughter? What questions did they ask, and what did they leave unsaid?  Is the result to be theirs and theirs alone, or shared? Is it an immediate result that is needed, or can they be patient until the final result is clear?

Then, like my Dad peeling an orange, I make a plan.

What instruments will I need? How much time should I book? Should the patient be the first one of the day, or be done later in the afternoon? What are the safety considerations to be put in place for this patient that might be unique and different from all others?

Then it is time to cut. While I learned excellent surgical technique from my mentors during my plastic surgery residency, it was by watching my father peel an orange that I learned to respect the relationship between a sharp blade and a delicate skin.

To this day, the initial skin incision of every operation I do remains an ethereal experience.

Like my dad who kept a napkin or paper towel nearby, my thoughts are always split between sharp focus on the immediate surgical task at hand, and the “what ifs” that dance around every operation. Every possible risk and complication is anticipated and planned for. That’s how we make sure they don’t happen.

Then, the job done, there are dressings, supporting garments, tapes, band-aids and clean up. No different than when my dad washed his knife, sharpened it, and made it ready for the next orange.

Only after careful preoperative selection, meticulous planning, instrument selection, and flawless technical execution can the success of an operation be realized. Yes, I learned all of that in medical school and residency.  But those lessons only re-enforced everything my dad already taught me by sharing oranges with me.

We understand living on a budget. Check out our convenient financing options for qualifying patients.

The talented, experienced plastic surgeons at our Kitchener-Waterloo clinic have the advanced training to create exceptional, natural-looking results that meet the individual needs of our patients. The collaborative nature of our practice benefits patients in many ways.